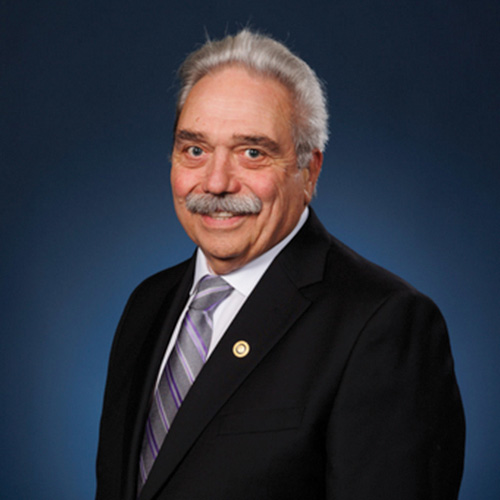 Angelo and his family have lived in Ward 6 for over 35 years. Educated in Montreal at Loyola University and McGill University. Angelo had a successful career as a self-employed executive and consultant in the hospitality industry. His family owns and operates a very successful gift and gourmet business in Burlington.

He was first elected as Burlington’s Ward 6 City & Regional Councillor in 2018 and re-elected for a second term in 2022. During his first term of office, Angelo served on various City Committees and Boards including Accessibility, Agriculture and Rural Affairs, Inclusivity, and the Art Gallery of Burlington.

In his second term of office, Angelo has been appointed to the role of Deputy Mayor for Recreation and Community Services, and the City’s Board representative at Joseph Brant Hospital. These responsibilities build on his decades of volunteerism in our community, including with the hospital, sports clubs, and the Gift of Giving Back. This also builds on his experience with the Accessibility and Inclusivity Advisory Committees.

When Angelo is not in Council, he spends as much time as possible with his growing family, loves the outdoors and hockey. He supports and attends many local community events and activities. In 2022 he was a recipient of the Queen’s Platinum Jubilee Community Service Award.